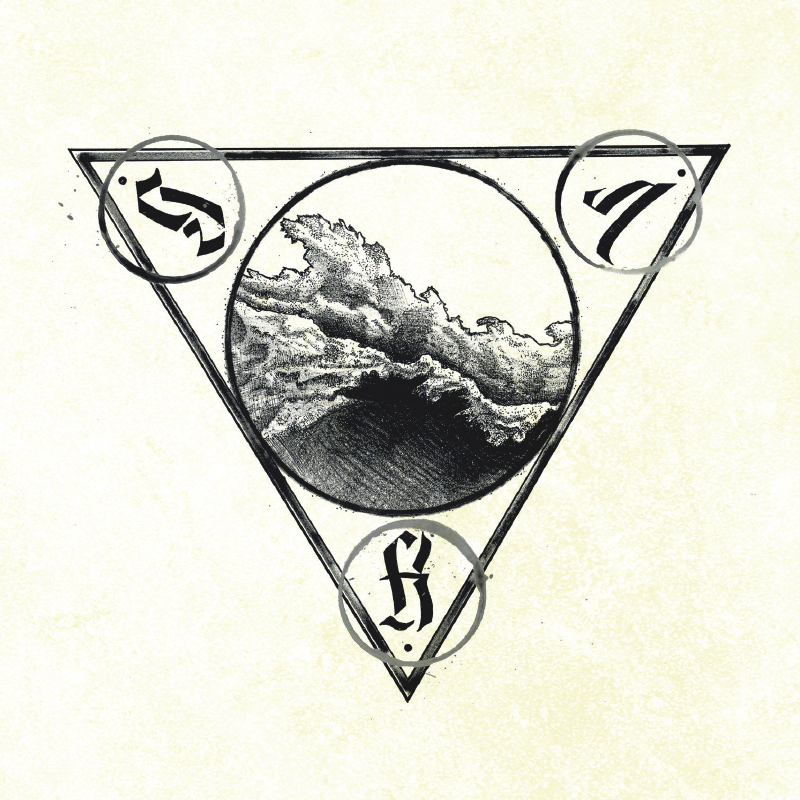 “The idea of this split is to merge different forms and expressions of the dark art shared and cherished by everyone involved. Three personalities, three visions, different and yet converging to a common purpose. The protagonists all evolved together, united, in an absolute quest, a needed catharsis, a common will to transcend themselves to end up with this offering. Bâ’a / Verfallen / Hyrgal ”

VERFALLEN:”// “”Verfallen”” {infiniti verb – german} : expire, decay, deteriorate, fall into disrepair ///September 2017, in the shadow of an acid summer and loaded an emotional lead bag, after months of gestation, reflection and introspection, it was time to lay the first stone of the structure… I decided to leave the past behind. A new era, new ideas, new project. I stared at the ruins of my stillborn offspring Chaos Continuum for too long, asking if I should refresh this composition of another age, I finally took the decision to burry all of this…Years passed by, I evolved; my taste and concept in terms of music did so, it was logical to start a new project, more coherent with the present time. That is how Verfallen came up; to give shape to a modern and cold Black Metal, tinted with numerous influences from the past and present… I have no intention to claim I have revolutionized anything; I just brought my share and point of view to a dark music, with as much sincerity, integrity and authenticity as I could….As a pamphlet of my darkest hours, a testimony of my deleterious moods, I decided to exorcize this mental miasma trough a new musical project. Obscure and violent, personal and private, Verfallen is an Ode to our hidden demons, to our intestine struggles or to our self-representation, in other word, of the worst enemy we could become to ourselves… This is my vision, based on my inner journeys and introspection, as the effects and consequences of the violence of our surrounding and today’s and vicious world in which we evolve, on everyone’s psyche…/// Emmanuel ///”.

HYRGAL: Hyrgal pops out from Clement Flandrois’ desire, also known for its former work with Svart Crown, a decade ago. Even if the line up went through some ups and downs, it now proudly bears its slough with this first album as an ornament : Serpentine. Its black metal free from artifices directly goes under the patronage of primal forces, shaking the fragile human structure. It inherit a duality between the rampancy of natural disasters and the peaceful simplicity of melodic parts. We go through this album as if we were in the vast alpine landscape that inspired the album : searching for an original power stirring up at the same time a genuine fear and a irrepressible fascination.