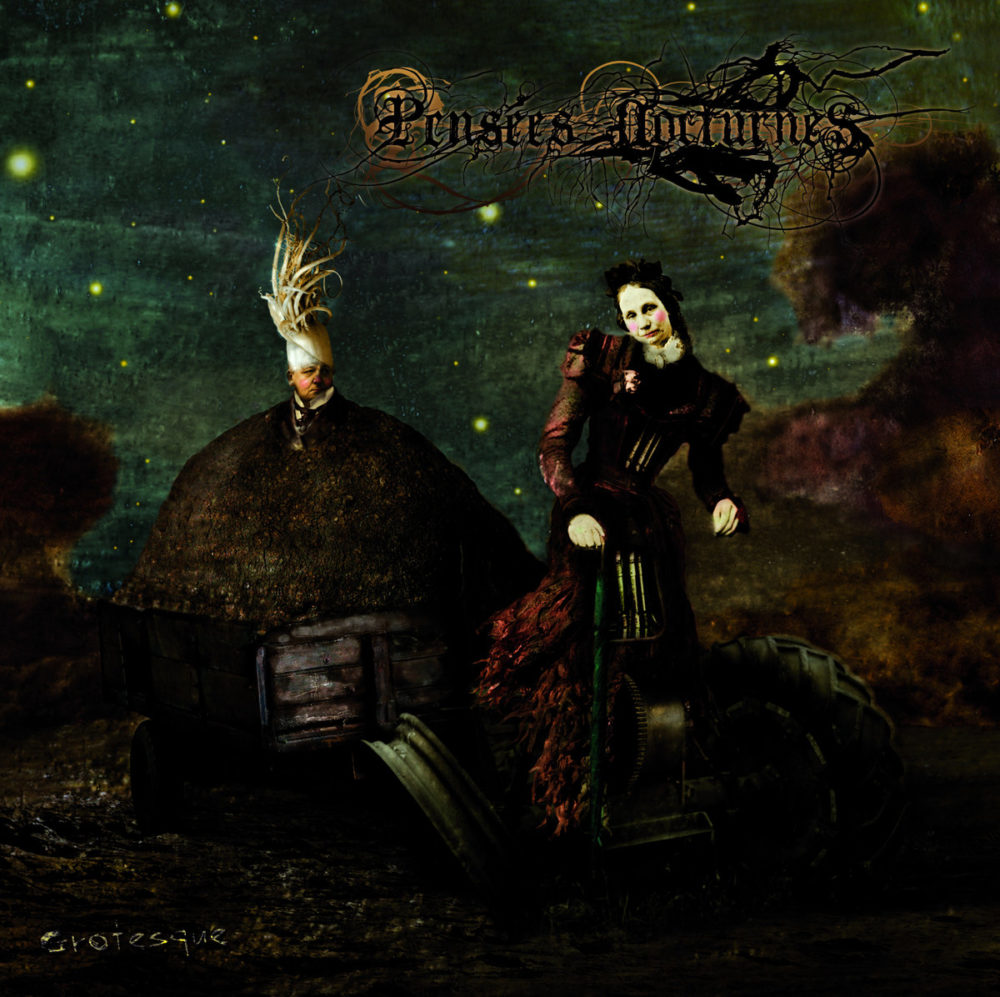 PN offers a dark and grotesque Black Metal, mixing a grandiloquent fanfare and a depressed BM – like a group of depraved clowns. By using real instruments rather than basic lifeless samples, the band keeps a big part of improvisation during its shows throughout Jazz, Tango or even Reggae sounds. Bio: started as a solo project and after a 5th albums and almost 10 years of existences, the project comes to live on stage. Their first album, released in 2008, which formalized the birth of Les Acteurs de l’Ombre Productions, is now an emblematic figure of the French Black Metal scene. Just like its entire discography, the bands’ first live performances left no one unmoved and won the bet of giving birth to those fanciful harebrained ideas.

About Grotesque: Grotesque (Definition by Vaerohn) : – from porto-latinus « grousso têtos »- gaudy buffoon from the 21st century that is ridiculous because of his vain pretentiousness to want to survive loneliness and boredom. Ornated with grandiloquent oddities, he entertains the “bourgeoisie” massing in our towns with the extravaganza of its absurd fight, as he is focused on searching for the limits of urban and social conventions. A fickle jigsaw puzzle, escaping the hatred of himself and life itself that some would call eccentric or unreal. “Sublime”? Of course not Victor… Not at all ! « Pitiful » is more accurate. And also, alone. The old Léon is Dead. Long live the old Léon! Presentation : Only one year after Vacuum, “Pensées Nocturnes” (Nocturnal Thoughts) release their second damaging effect, “Grotesque”. Vaerohn told me once “Be careful, you have to listen to the record, not hear it”. It’s up to the listener. While maintaining a chaotic, avant-gardist, deranged, even grotesque or weird melancholy, Vaerohn takes us through fun fairs, grandiloquent church organs, philharmonic orchestras, brass bands, piano decadence, dissonant or depressive Black metal riffs, or even Post Black, crazy voice clear as opposed to the usual standards, or screwed and dissonant guitar solo … And this description of his compositions is still too much simplistic… Everything moves on, intermixes and disentangles, contrasts and that is what makes the music so personal, complete and surprising.

Each song is a rich and peculiar piece, where each atmosphere, arranging, melody, transition, regression, deconstruction is carefully thought, which makes this album an artwork you rediscover each time you listen to it! It is Vaerohn’s selfish pleasure, freed by his tortuous mind that will fulfill music-lovers.